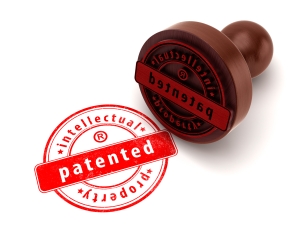 Yesterday, in a unanimous opinion, the United States Supreme Court broadened what can be considered an “article of manufacture” for design patent infringement.  See Samsung Electronics Co. v. Apple Inc., No. 15-777, — S. Ct. —, 2016 WL 7078449 (Dec. 7, 2016).  “Patent protection is available for a ‘new, original and ornamental design for an article of manufacture.’”  Id. at *2 (quoting 35 U.S.C. §171(a)).  This is often referred to as a design patent.  A design patent is “infringed if, in the eye of an ordinary observer, giving such attention as a purchaser usually gives, two designs are substantially the same.”  Id. (citation and quotation omitted).  Damages for design patent infringement are permitted under 35 U.S.C. § 289.  §289 states that an infringer “shall be liable to the owner to the extent of his total profit, but not less than $250[.]”  35 U.S.C. § 289.  The Supreme Court provided a two-part test for “[a]rriving at a damages award under §289[.]”  Id. at *4.  “First, identify the ‘article of manufacture’ to which the infringed design has been applied.  Second, calculate the infringer’s total profit made on that article of manufacture.”  Id.

In the current case, Apple sued Samsung in 2011 for infringing three of its design patents relating to its iPhone.  Id. at *4.  The design patents at issue covered a black rectangular front face with rounded corners, a rectangular front face with rounded corners and a raised rim, and a grid of 16 colorful icons on a black screen.  Id. at *3.  At the trial court level, the jury found that several Samsung phones infringed these patents and awarded Apple $399 million in damages.  Id. at *4.  This equated to Samsung’s entire profit from sales of those phones.  Id.

The Federal Circuit affirmed the damages award and rejected Samsung’s argument that “the profits awarded should have been limited to the infringing ‘article of manufacture’ [and] not the entire infringing product[.]”  Id.  The Federal Circuit’s basis for this rejection was that “limiting the damages award was not required because the innards of Samsung’s smartphones were not sold separately from their shells as distinct article of manufacture to ordinary purchasers.”  Id. (punctuation and internal quotation omitted).

As a result, the case goes back to the Federal Circuit to determine whether the infringed design patents encompass either the entire smartphone or merely a component of the smartphone.  Such a determination could have major implications on the prior $399 million damages award, which reflected the entire profit of the infringing Samsung smartphone, not just a mere component of the smartphone.  Such a decision could lead to apportionment of damages in the design patent infringement arena, which is already a major component for any damages analysis in utility patent cases.  However, the Supreme Court provided little guidance to assist the Federal Circuit in making its determination other than stating that a design patent on a component could allow for damages for the entire product, or not.  See generally, id. at *4.  We will just have to see what the Federal Circuit does with this case when it returns.

Leave a reply. Please note that although this blog may be helpful in informing clients and others who have an interest in information privacy and security, it is not intended to be legal advice. The information on this blog also should not be relied upon to form an attorney-client relationship. Cancel reply