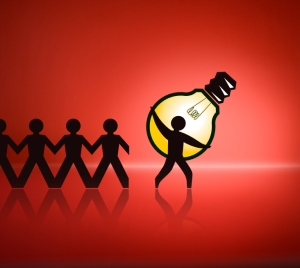 Businesses now have an additional weapon with which to protect their trade secrets.  Effective May 11, 2016, the Defend Trade Secrets Act (“DTSA”) was signed into law.  The DTSA provides a federal cause of action for the protection of trade secrets related to products or services used, or intended for use, in interstate or foreign commerce.  Traditionally, trade secrets have not enjoyed the same protections under federal law as other forms of intellectual property, like patents, trademarks, and copyrights.  Instead, owners of trade secrets had to rely upon a patchwork of state laws and various adoptions of the Uniform Trade Secrets Act to safeguard their innovations.  The DTSA only broadens trade secret protection, leaving intact the parallel remedies available under state law.  Yet, the implementation of the DTSA will help to alleviate the uncertainty and inconsistent results that previously occurred in some cases as a result of state-by-state variations in trade secret law.

Giving teeth to the new law, the DTSA also expands remedies for trade secret misappropriation.  For example, a trade secret owner can now seek an order for the seizure of its misappropriated property, without first giving notice to the alleged thief.  This novel remedy—and the DTSA’s most controversial component—rests on the theory that prior notice would allow for the dissemination, duplication, and/or concealment of stolen trade secrets.  To request such a seizure order, a business must satisfy strict requirements and post a bond for any potential damages that could arise from wrongful or excessive seizure.  Such an ex parte seizure remedy is unprecedented and considerably more potent than any pre-DTSA procedural rules pertaining to temporary restraining orders and preliminary injunctions.

While the DTSA definitely has its benefits, the new law also has certain consequences.  The DTSA provides immunities to “whistleblower” employees who disclose trade secrets in connection with reporting illegal activities.  In relation to these immunities and most notably from an employer’s perspective, the DTSA affirmatively requires businesses to disclose these immunities in any contracts or agreements with employees relating to the use of trade secrets and/or confidential information.  In the event that an employer fails to make these mandated disclosures, some remedies under the DTSA, including exemplary damages and the recovery of attorneys’ fees, may be unavailable to the employer in later trade secret litigation with employees.  This new disclosure requirement is a powerful reminder that virtually every employer should have well-written agreements in place with employees establishing the employer’s ownership of trade secrets developed by the employee and prohibiting disclosure to third parties.  This new notice requirement requires immediate attention from employers, who will want to incorporate the required immunity notice into their contracts and agreements as soon as possible.

Stay tuned to Wyatt’s blog for additional analyses of this new law and its potentially dramatic impact on existing trade secret practices.

Leave a reply. Please note that although this blog may be helpful in informing clients and others who have an interest in information privacy and security, it is not intended to be legal advice. The information on this blog also should not be relied upon to form an attorney-client relationship. Cancel reply